Written and Directed by Shane Adamczak

also featuring Jo Morris as the voice of the computer

From the bizarre mind of Fringe-favourite Shane Adamczak (Trampoline, Zack Adams, 3x Canadian  Just For Laughs Award Nominee and producer of the Award-winning ★★★★★ Fringe hits This Is Not A Love Song and Vicious Circles) comes a brand new comedy about how even the smallest people can do big things.

When a scientific accident causes a mild-mannered janitor to shrink and get stuck in another man’s beard, their unlikely friendship might be exactly what the two directionless men need to set them on the path toward being better men. 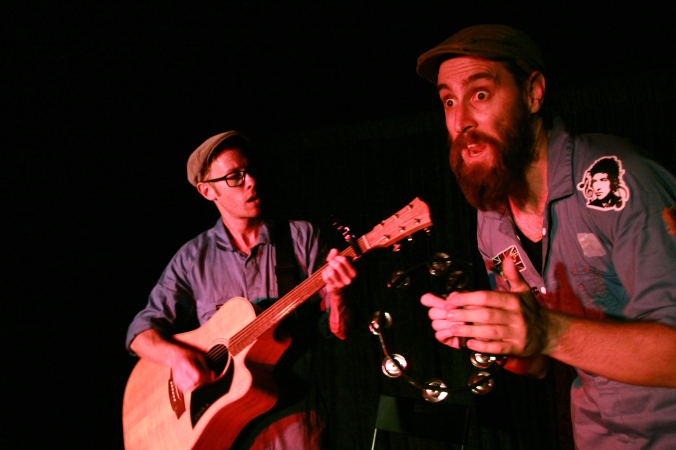 Featuring two of WA’s most established Indy Theatre performers; Shane Adamczak (Trampoline, Zack Adams and Greg Fleet’s This Is Not A Love Song) and St John Cowcher (The Red Balloon, Farm and The Adventures Of Alvin Sputnik), Weeping Spoon Productions are delighted for their latest work to make it’s world debut in 2016.

Combining physical theatre, storytelling, musical comedy and indie-rock, The Ballad Of Frank Allen promises to be a fringe experience like no other and one of the most weird and original shows you’ll ever see! 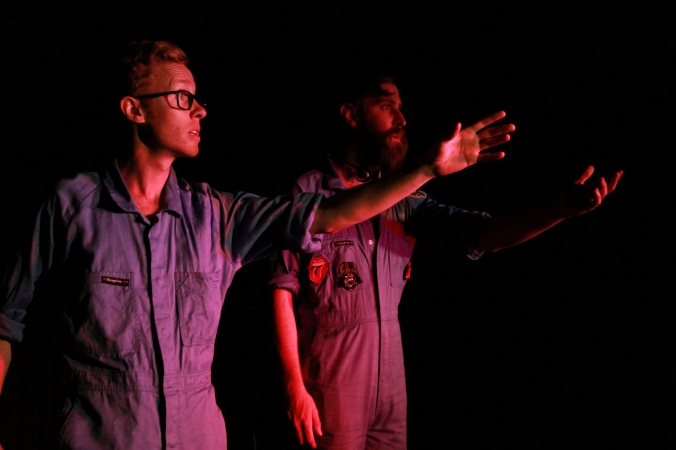 ★★★★★ “This was a beautiful hidden gem of a show. Funny, heartfelt and pretty crazy… If you never thought you wanted to see a show about a man living on another man’s beard, trust me you do. ” – The Funny Tonne

“Adamczak is a name Fringe fans will know — and love… That it has won several awards gives you an idea of the genius inherent in most of Adamczak’s work.” –  Times Colonist

“Adamczak has done it again… The Ballad of Frank Allen is a brilliant and quirky comedy, a nice little nod to the buddy comedies of the 80s and ultimately an utterly entertaining trip to the theatre. Do yourselves a favour and go see it before the rest of the run sells out.” – The AU Review

“I laughed my way throughout the show and I certainly wasn’t the only one. The Ballad of Frank Allen is a real treat and an unexpected ode to friendship. While the plot twists in madcap directions, it eventually lands in a heartwarming place. This is a funny, musical show, and a delight to see.” – Mooney On Theatre

“Scrambles your expectations beyond repair… Audiences go into this show not knowing what they’re walking into but leaving immensely satisfied.” – My Entertainment World

★★★★★ “This is a very funny and bizarre sci-fi/rom com/musical/buddy story performed with gusto by two excellent physically comedic talents… The timing alone from these two performers shows how skilled they are in comedy, acting and movement… This is ideal Fringe fodder: it’s very clever, hilarious, pacy and brilliantly executed.”– Adelaide Theatre Guide (2018)

★★★★★ “It’s what Australian comedy is supposed to be like. It’s touching, clever, hilarious, and wraps up perfectly.” –RIP IT UP

★★★★★ “Brilliant Performance…Brilliantly written… The emotion Adamczak and Cowcher display on stage creates a successful and comfortable space of great energy, welcoming endless laughter and cheers from the audience.” -The Australia Times (Melbourne)

★★★★.5 “Adamczak is wildly funny thanks to his great timing, vivacious stage presence and ability to quickly improvise to keep the laughs coming.” – The Advertiser

★★★★ “Hilarious…if you’re in the mood for a good laugh and the opportunity to sing along with a crowd, then you could hardly do better.” – Vue Weekly

★★★★ “one of the most wholesome and engrossing performances you’ll see this Fringe.” – FEST MAG

“The story is a marvel of structure, allowing for a ridiculous premise and plenty of comedic tangents but still manages to pack in a touching story and even a few songs. Highly recommended.” – Aidan Morgan, Regina Fringe Reviewer

“The Ballad of Frank Allen is wholly original piece of comedic theatre. Do not miss out on seeing this riotous experience.” – Squirrel Comedy

“The Ballad of Frank Allen manages to be highly entertaining, laughter inducing hilarious and even touchingly emotional throughout… Not your conventional comedy festival performance, however, it would truly be a shame to miss out on this bizarre, yet highly hilarious production.” -Pop Culture-Y

” If you think male-bonding premises have been wrangled as far as they can possibly go, think again…well-crafted…inspired…performed with gusto “ -12th Night

“Definitely one of the most quirky and eccentric shows to be on the MICF bill, so get down in time to catch this bizarre performance!” – On The List Melbourne 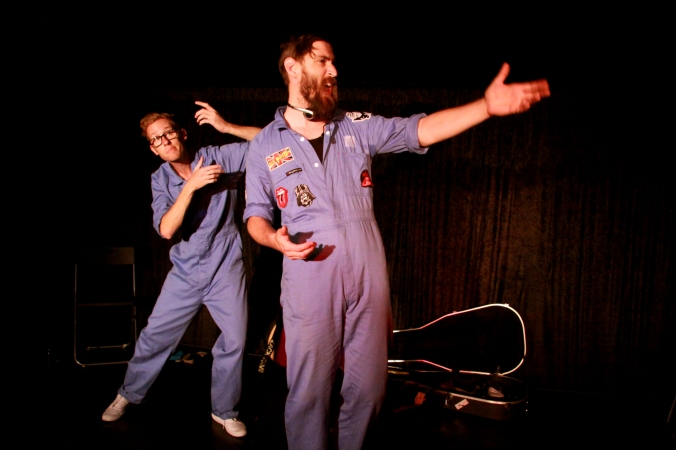 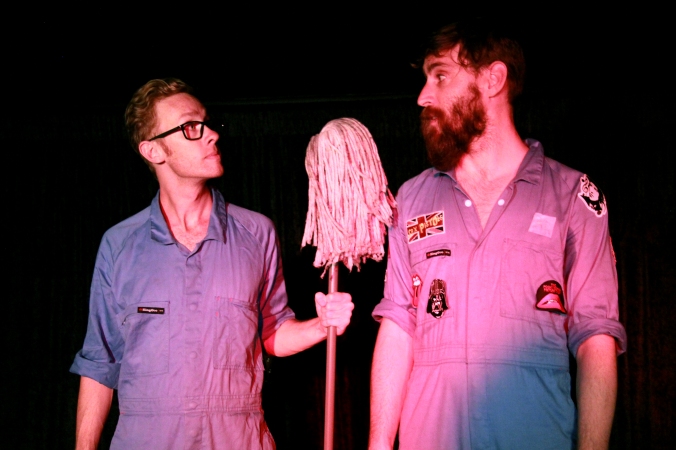 8 thoughts on “THE BALLAD OF FRANK ALLEN”